How do you tag DJ / mix albums?

How do you tag DJ / mix albums?

Was just curious how other people tag mix albums. For the longest time I was of the mind that a song on a mixed album isn't the same as the single version of it so when I tagged it I put the DJ in the artist field and the title field had the track artist and track title together. That was actually back when I used Winamp to manage my collection and it didn't expose an album artist field, so I felt forced to do this. Now I'm starting to think I should put the track artist in the artist field, track title only in the title field, and put the DJ in the album artist field. Thing is, I play my music now on my SqueezeBox and in my car and both can show tags, but not the album artist field, so I like to see I'm listening to the DJ version of a song as opposed to the original.

So what do you all do?
Top


Humpty Dumpty wrote:Now I'm starting to think I should put the track artist in the artist field, track title only in the title field, and put the DJ in the album artist field.

That's what I'm doing so far. But I also add "(DJname Mix)" to the end of the song title, so there's no need to look at the AlbumArtist field. I think this is pretty standard.
Skins for MediaMonkey: Cafe, Carbon, Helium, Spotify, Zekton. [ Wiki Zone ].
Top

I was using a similar system to Peke, but I found having so many various artist albums I've had to start using a wider range of album artist schemes - such as using the DJ's name (such as Armin Van Buuren). Also, all remixes of songs have the particular remixer / remix name in the title. For example:

I'm still tossing up whether to add "VA" in front of the album artist's name in these cases...
Top

Just popped on my mind: Why don't we use Original Artist in addition for Remix Artist or as Original artist or we can use other additional detail fields in MM?
Best regards,
Pavle
MediaMonkey Team lead QA/Tech Support guru
Admin of Free MediaMonkey addon Site HappyMonkeying

The problem I am having now is where to list the overall album compiling or mixing artist, such as in this example: 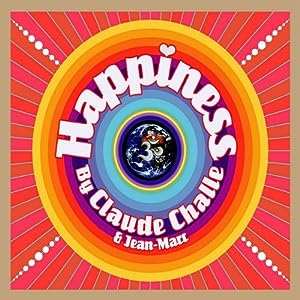 That works perfectly for me but where to place the mixing artist?
Original Artist?
Involved People?
Grouping?
Composer?

I know some have proposed listing it under "Album Artist", but I rather keep that "Various". Instead of just "Various", I did think of listing as "Various - Claude Challe" or "Various - Mix by Claude Challe", but that does get a bit wordy though. Would be nice to get a "Album Mix Artist" or "Alternate Album Artist" field added to MediaMonkey, especially since I have already used all my "Custom" fields.

Sorry for the lengthy post, but I would love some feedback/input on this.
Top

How about the Album field:

This is what I'm doing, along with putting the info in Involved People field in that form:
Compiled and mixed by: Claude Challe

I frequently use Discogs Web Tagger which also uses Involved People, and I use Song Information Panel to display that info: http://www.mediamonkey.com/forum/viewto ... =2&t=41882

Thanks for the suggestion Eyal.

I thought of your suggestion, but I really wanted to list the Mixing Artist in some "Artist" column. I also thought of using a separate category for the Mixing Artist, but I did not want to add another column since my 24" monitor is already pretty crowded with the existing columns.

In the end I went with the way listed above since I can also scan for Mixing Artists by searching the Album Artist column.
"A journey of a thousand miles must begin with a single step."
Top

I think we're all being a little to nitpicky, afterall the music is there for us to enjoy not just tag.

The last suggestions were spot on.

If it is a mix include the mixer in the Album name or Album Artist.
Top

Yeah, I guess we are all a little nuts, but then again that's the whole reason to get MediaMonkey, so we can properly manage large music collections.

Although it is a bit of a pain to properly categorize and organize my music, in the end it is a labor of love, and well appreciated when I'm trying to dial-in a cool mix.
"A journey of a thousand miles must begin with a single step."
Top
Post Reply
10 posts • Page 1 of 1