not bad yeh..i'm laffin, In your scenario his only hope would have been a "HUNG" jury.

tosarge wrote:Ha, not bad, I could almost smell the gunpowder.

OK here's another one for anyone who wants to guess, here's the story.
For no apparent reason, A man kills 2 women with the same special weapon. He is caught and brought to trial but before being sentenced, he manages to kill the Judge with the same weapon.

still have no idea on this song either?

For no apparent reason, A man kills 2 women with the same special weapon. He is caught and brought to trial but before being sentenced, he manages to kill the Judge with the same weapon.

i have to say i've not got that song by them?

but i'm ex military any time the word weapon is used or said. i think in those terms.

to me a hammer is construction equipment / tool.

but thanks for telling me the song.

So what your saying then is, you still wouldn't have gotten it if Maxwell used a M16 or a hand grenade
Top

tosarge wrote:So what your saying then is, you still wouldn't have gotten it if Maxwell used a M16 or a hand grenade

yep still wouldn't have got it

here's one from I believe 1964 or 1965. One of the many Teen-Tragedy/Death Story songs. It made Billboard top 100, but it went a little TOO far in the story content, and the album cover was Banned in the UK.

here's the story....Boy loses his girlfriend in a car crash (nothing new there most teen death songs were such)
But after being distraught over his loss he goes and digs her body up. (you can hear the shoveling in the background).
What's the Song ?
Top

i'm going to guess now on this one and that is because i know what they do for songs released in usa and other countrys.

over here it might be short one verse then the uk version so i'm guessing its last kiss.

Close..good guess, it was actually a parody song of 'Last Kiss" and became popular.

I Want My Baby Back - Jimmy Cross 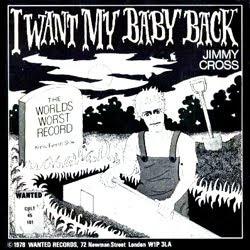 oh never heard of it. they must have banned that one fast. it is a tasteless album art i see more suited for halloween albums.

so back then yes i can see them banning that song in a newyork second.

here is a song you might not know this but you could? its an old one


boy does what he is told by his mom and gets the reward she told him he would then gets chased by dog
that eats his reward and he ends up lost on other side of the city.

oh my gosh, i remember a song like that..when I was little I would stay at my grandmas house and she had a HI-FI. It took up half the room and played old scratchy records. I don't remember the part about being lost but if it's what I'm thinking it was about a boy and his Mama got him a ice cream cone for doing chores, and he dropped it and a dog licked it up. This was in the early 50's so the song had to be maybe even earlier than that?

So I'm gonna guess maybe Patsy Cline ( cuz I remember she had patsy cline albums)
and a guess at the title.."The dog ate my cone"

What a flashback that old HI-FI was. ha.. seemed like I had to lift the lid and reach way in to put on a record. Either I was very little or that was 1 big ass record player.

good memory but not perfect.

its kenny roberts that sang it.

and the name was choc'late icecream cone.

pm me your email and i can send you a copy of it if you want it.

okay a switch up for all you.

the name of the album for this.

have to say that cause the whole album is story songs yes its with in the last 4 years.

so you could check on the internet to find it. BUT THATS CHEATING.