Get answers about the current release of MediaMonkey for Android

As show in the screenshot, even when I only have one album per artist it shows the same album art multiple times (all except M83 are only one album). This started happening recently, I tried clearing my database but it keeps happening. 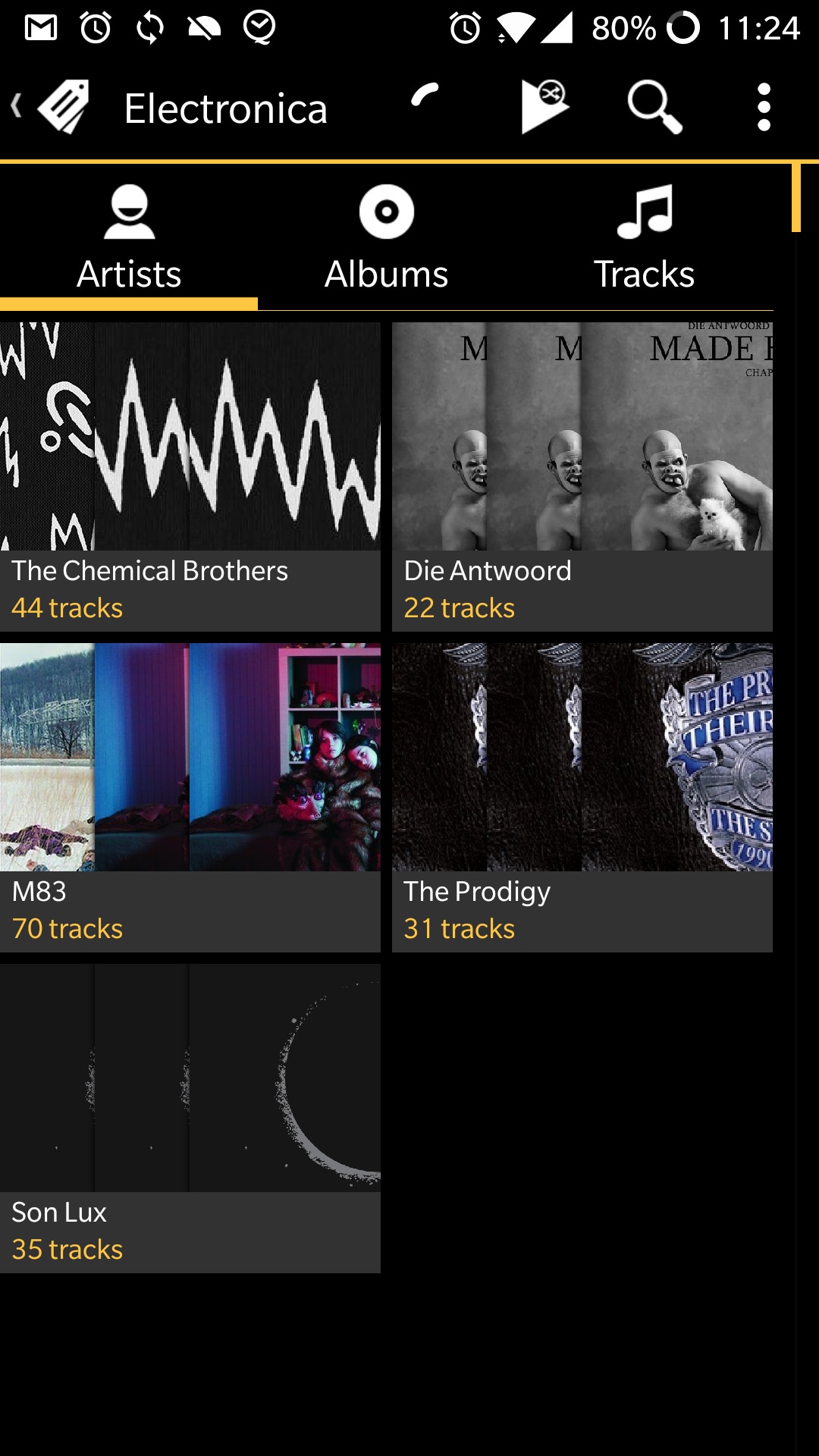 I don't know if that is by design to indicate that you have multiple tracks for that Artist. It doesn't do this if there is only 1 track.
Lowlander (MediaMonkey user since 2003)
Top

This is the same issue referenced here a year back, which didn't get much discussion. I'm not sure if this is happening for everybody or if it's something about my setup. Is this really intended behavior? It seems like awful UI. If there's only a single album for an artist then MMA should only display a single "unstacked" image. The UI already lists the number of tracks, so using a stack to indicate multiple files is both cluttered and superfluous.

But again, maybe it's my setup and not the intention. Does it look like that for everyone?
Top

Hi,
There are many factors that make them show like that. Usually it is inconsistency in Tags and MMA assumes that each track have different Album Art and thus show stacked images. We simply do not Compare Images if they are same.

Thanks for the reply, Peke. Is there anything I can do to retag the files so that they display properly? I tried wiping out all but the most basic tags in MMW. Also wiped the original artwork and readded that in MMW too. But then all the MP3's I sync were created by MMW in the first place, converting from FLAC's. Shouldn't that leave the tags in the format that MMA expects?

It sounds like this issue will be obviated by the UI/customization redesign in MMA2.0, but if there's anything I can to do to make it work in 1.x then I'm up for some legwork. I have some other reencoding/retagging work to do anyway. The other music players I've tried have a UI that goes Genre --> big old list of albums, which is really annoying to me. I mostly listen to jazz and often decide on the artist first before picking the album I want. Plus I have a couple hundred jazz albums on there - it's a hassle to scroll through all that. The MM sorting is much better, but it's so ugly right now!
Top

Make sure Album and Album Artist have the same values for all the files on the Album.
Lowlander (MediaMonkey user since 2003)
Top

Make sure Album and Album Artist have the same values for all the files on the Album.

You mean Artist and Album Artist, I assume? They're already the same.

Thanks for merging the threads. I wasn't sure if I should've necro'd a year-old thread - some forums frown upon that.
Top

No, I mean Album And Album Artist. Artist can be any value you want.
Lowlander (MediaMonkey user since 2003)
Top

Oh, sorry... I get it now. You just mean Album and Album Artist should be consistent across files, not that they should be the same as one another. But yes, those values are absolutely identical across files.
Top
Post Reply
9 posts • Page 1 of 1