Reason for this Lesson

This tutorial will guide you through some basic steps to get you started with skinning for MediaMonkey v3, don't skip any steps follow them and you will learn how to do it first. Then you can figure out what you can do for shortcuts, but as the name implys this is for NEWBIES to learn with so don't skip any steps. The skinning editor to use is this one.Theme Editor 7.

this is not telling you all the tricks and things to do when creating a new skin, which is one that you have to change the location of the buttons. this is only showing you how to make the same skin shape with different images. once you get this down you can read the more complicated lessons and how to skin mm3 pages such as the tips page, you also will need to ask in the forum if you get unsure of what you are needing to do.

Open up an existing skin

I Recommend getting one of the Original Default Recolored skins or my The Blues Monkey skin those will be easier to do this with. Since the new default skin by Morten is not done the same way he used some scripting skills of his to change things in it, he did not do it the way i did this.

the first image is just to show you what all these words are saying to do. it starts with a main folder for storage, the lesson starts describing to you in section 2 of the image. 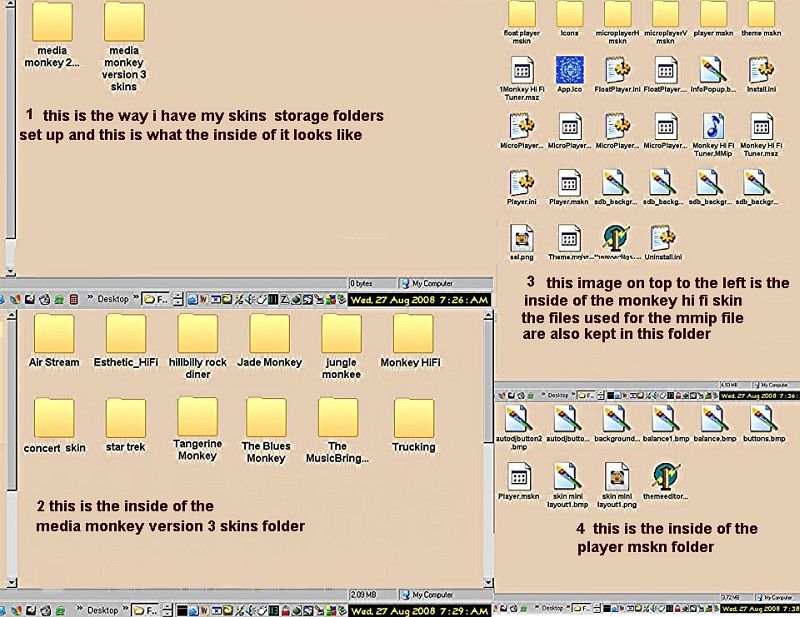 Note:In order to modify the images used by the skin, you have to export them first. Create a new folder inside your new skin's folder for each .mskn file that you want to edit the images for. That way, you can keep these images separated from the other skin files.

(This was made to show you the areas used for the default skin's theme images.) 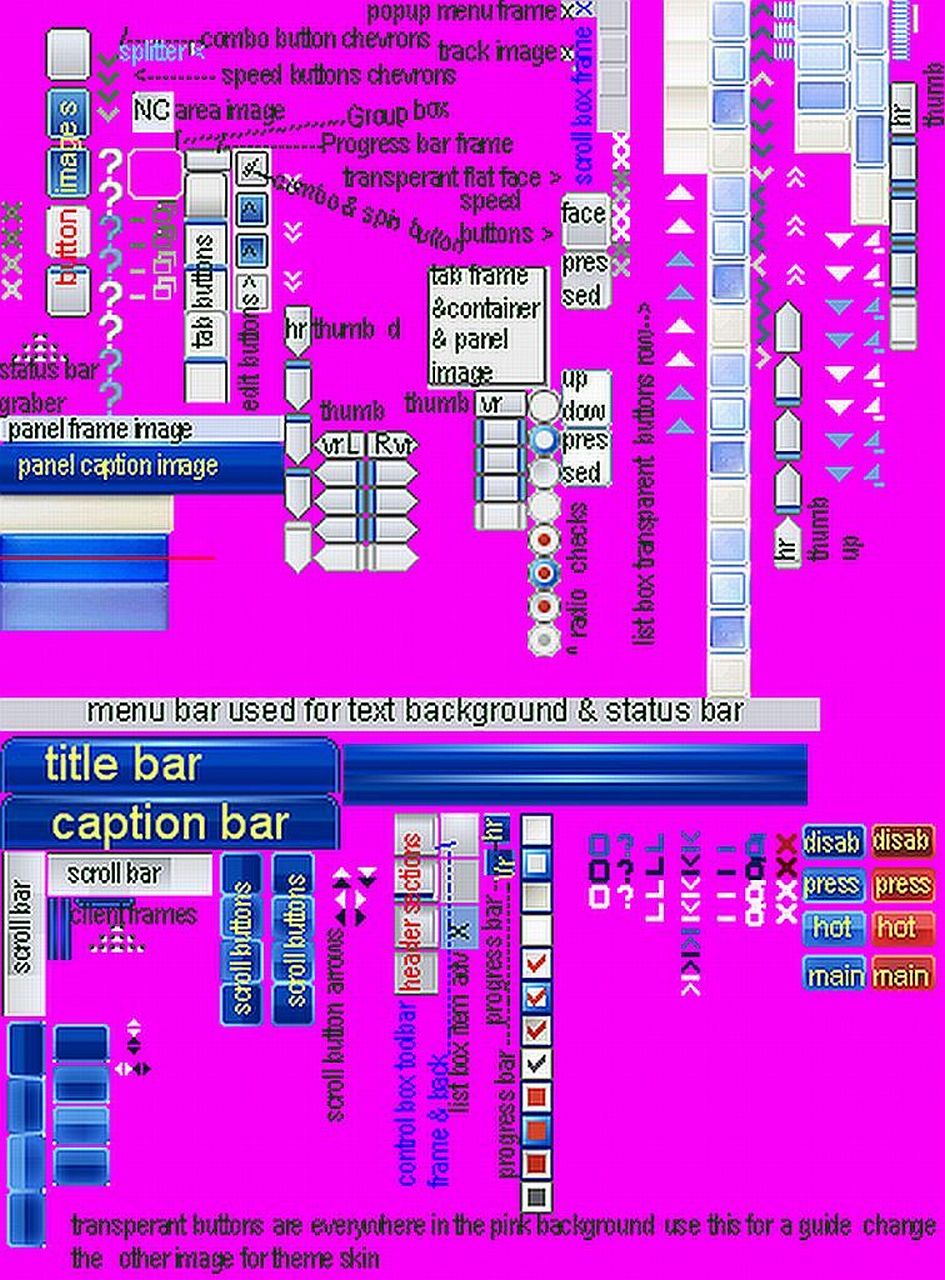 UPDATE: As you can see in the image map above. the button images for the speed buttons that are in the center near the top. There is one called "Transparent face" this was used in place of an image on the buttons focused bitmaps. which made it show the first bitmap image when you held the mouse over the button and Focused on it. this use was changed in the media monkey 3 alpha 4 version. the focused bitmap image for all the buttons must have a colored bitmap image chosen. the transparent image is not used like that now. you need to make a white or a black image and use it instead of the transparent one. what that was done for is to be able to have a button with in a button. so you make the black image the size of the click-able part of the button; either the whole button or just part of the image and that is what will be the click-able area. the white image when used means a non click-able area. I have not done this my self but that is what it is to be used for, I'm thinking one of the other skinners is using this double button in a button stuff. I only tell you this black and white image stuff, because you need to know the update to the way it is used has made the transparent image, un-usable for the buttons that control the player and the buttons for the playlist and Eq, and etc.., The transparent image IS still used for the the speed buttons, and other buttons on the list view menu area.

Replace the skin's images with the modified ones

Note:You do not have to worry about "From Gallery..." or "Mask" yet. You will find out what those mean later. Just remember that the theme editor by default will interpret all area's of the magenta / pink color on an imported image as transparent.

Other skin files to include

(The list and the playing backgrounds can not use images in mm3 with out some trickery to get them seen so just color them this first time.)

Close and test the skin

Enjoy, and good luck at making new skins. Feel free to ask any questions you might have, preferably using the skinning forum or by sending a private message to one of the skin makers out here.